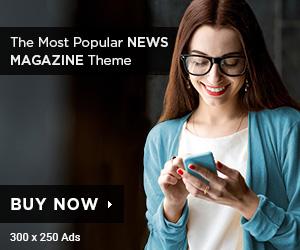 Choosing a smart phone seems to be an exercise which becomes more complicated each year as phones become increasingly advanced. Just when a buyer thinks he has all of the information he needs to make an informed decision, some sort of new feature becomes all the rage. When one considers that the computer which flew the astronauts to the moon had less computing power than a four-function calculator, it’s amazing to consider what the modern smart phone can do and how far technology has come in just the last decade regarding these amazingly useful handsets.

Choosing the Most Important Features

Each smart phone user is going to utilize his or her phone for a different purpose. While some users may simply use their handset for phone calls and texting, other users might want to have as much power as possible packed into their device. This means that the first thing to do when searching for a new phone is to identify the most important features that one desires, and to then base their search off of those parameters.

For example, battery life, large screen resolution, and app functionality might be the most important features for one user, while another person might be more focused on call quality and the weight of the phone. Given all of the variables available in purchasing a smart phone, it makes sense to list one’s “must haves” and to then look at phones that provide all of those needs. There’s very little reason to compromise on phone features with all of the different devices that are on the market today.

Everything that a smart phone can do as well as its compatibility with various apps and programs is dependent upon its operating system. Depending on what a user might want to do with his or her phone, getting the right operating system is important. Although many app creators are starting to make their applications available for the widest possible market, the iOS (from Apple) still has a significant lead in overall available applications. Android is catching up to Apple’s popularity, while Windows and Blackberry are a little further behind.

The most common operating systems are:

Android – A very customizable open source operating system that is easily changed, manipulated, and molded to fit whatever functionality you have in mind. Android has true multi-tasking capabilities and the second largest app store.

iOS – A closed platform. All applications look and function with the continuity of the Apple operating system in mind. IOS is a very secure and stable environment with little customization features. The screen is much smaller than most of it’s competitors, but the iPhone has the largest app store and selection of available accessories.

Windows and BlackBerry – The two other major smartphone platforms (Windows and BlackBerry) also have individual perks, but realistically it is too early to call whether they will be successful since they haven’t reached the level of app proliferation of Android and the iPhone.

Not all smart phones are available from every single carrier. If a buyer has been a customer of a particular cellular service provider for years, he or she might be reluctant to change companies just to accommodate the need of a new phone. While not all smart phone users are particularly loyal to their carriers, there are often discounts and loyalty coupons that come with repeat business with a single carrier. This may mean that a buyer could pick up a more expensive phone with those discounts applied. Taking a quick look at available phones is a good idea when beginning the smart phone search.

Another decision that will be required once a buyer has settled on a carrier is which plan will be appropriate. Group plans that offer users the ability to put all of their devices on the same account along with data usage are starting to become popular, but whatever data plan is chosen, it needs to be monitored after the smart phone purchase to ensure that excessive data usage doesn’t drive up bill cost. Keeping an eye on data usage is very important to avoid overages, and smart phones typically come with simple features to help users keep on top of their usage with ease.

Smart phones can do some amazing things, but at their very core they are still used as a communication device. Using a smart phone like a traditional telephone remains one of its most popular uses. A cool design and some great apps can’t make up for poor call quality. Finding a way to test out different phones and their call quality is a worthwhile investment of time. Fortunately, most cell phone providers do offer retail outlets where phones can be tested. Beyond pushing all of the buttons on the device, it’s important to make sure call quality is tested as well.

A simple scan of available smart phones from any major carrier will usually showcase phones in just about every color of the rainbow. While choosing the color might be fairly simple, the actual feel and look of the phone when it’s used can be a little more complex. Smart phones with keyboards will usually be thicker (the keyboard is often housed in slide-out form) while phones that offer a hefty battery life will be heavier as well.

Another element of design which is important is how the phone actually feels when it’s in use. With some phones, there is a distinct feeling that the components are very plastic-like and that the materials just don’t feel solid and durable. The feel and weight of the phone along with its tactile appeal is definitely another reason to hold the phones in person before any purchases are made, so even if someone ultimately makes their purchase online (usually to take advantage of special deals), going into a brick and mortar operation to hold the phone first is important.

Cell Phone Radiation: The REAL Issue and How to Reduce Radiation Levels Coming From Your Cell Phone

Purchasing a Top Android Phone is a Good Decision

JamesRobinson - July 16, 2019 0
The theory that something is Regarded as dead automatically suggests that it was living before. As we aren't speaking about a individual here but...

The Value of Technology in Educating Young Children

The Technology of Nations

mobilephonesnews.com. A System for Sharing Business & Tech. We believe the most effective concepts and also techniques to learn come directly from instructors who have experienced mentors. Each source on mobile-phones-news.com is created by an JamesRobinson as well as is tailored to a distinct need or specific niche.
© https://mobilephones-news.com/
error: Content is protected !!
MORE STORIES
Phones

Cell Phone Radiation: The REAL Issue and How to Reduce Radiation...